Gospel of the Kingdom

What is the primary theme of the New Testament? Why, it is none other than the Gospel of the Kingdom of God! This Gospel (or good news) was first preached by John the Baptist, who cried out in the wilderness of Judaea in order to prepare the way of the Lord: “Repent ye: for the kingdom of heaven is at hand” (Matthew 3:2). Soon afterwards, Jesus Christ the Messiah came on the scene: “Now after that John was put in prison, Jesus came into Galilee, preaching the gospel of the kingdom of God, and saying, ‘the time is fulfilled, and the kingdom of God is at hand: repent ye, and believe the gospel'” (Mark 1:14-15). Throughout His earthly ministry, Jesus preached about the Kingdom of God (Luke 4:43). Then, following His resurrection, Jesus spoke to His disciples for forty days of things pertaining to the Kingdom (Acts 1:3). Finally, Jesus commissioned His followers to take the Gospel of the Kingdom to the ends of the earth, saying, “And this gospel of the kingdom shall be preached in all the world for a witness unto all nations; and then shall the end come” (Matthew 24:14). 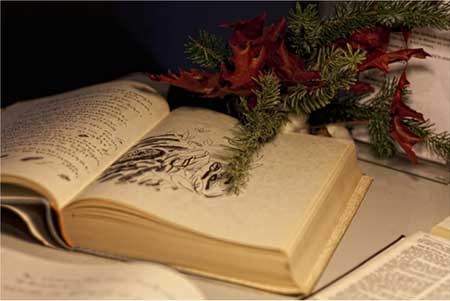 The book of Acts records how the followers of Jesus began to carry out that mission. Empowered by the Holy Spirit, they preached the Kingdom of God with boldness and spread the good news wherever they went. “But when they believed Philip preaching the things concerning the kingdom of God, and the name of Jesus Christ, they were baptized, both men and women” (Acts 8:12). Later, the apostle Paul wrote about the Kingdom of God in his letters to the early churches, and also “expounded and testified the kingdom of God, persuading them concerning Jesus, both out of the law of Moses, and out of the prophets, from morning till evening” (Acts 28:23).

Without a doubt, the Gospel of the Kingdom of God is the central, underlying theme of the New Testament. The Bible says, “The law and the prophets were until John: since that time the kingdom of God is preached, and every man presseth into it” (Luke 16:16). John the Baptist, Jesus, Peter, Paul, and the other apostles truly were pioneers in preaching the Kingdom of God. These men lived and died for the Kingdom; they were fully committed to its advance and passionate about its reality.

After the apostles were martyred, the torch of the Great Commission (Matthew 28:19) passed on to the next generation of Jesus’ disciples. Many centuries later, the Gospel of the Kingdom still compels true followers of Jesus in our generation to cry out for repentance and preach Jesus Christ, thus preparing the way for the Lord’s second coming.

Truly, following Jesus and seeking first His Kingdom is the journey of a lifetime. Yet be forewarned: “No man, having put his hand to the plow, and looking back, is fit for the kingdom of God” (Luke 9:62). Like searching for a single pearl of great price, obtaining the Kingdom of God may very well cost you everything else.

Purposeful Discipleship “The purpose (mission) of discipleship at Arouca Revival Tabernacle (ART) is . . .
to move a person from merely knowing about Jesus to becoming like Jesus.”
At ART, we believe that life change happens in the context of small groups. Groups provide a more personal environment where you can experience the passionate love of Christ and the community of fellow believers.

Our discipleship process seeks to cultivate intentional and relational disciple-making. Disciple-making entails relationship, information and experience. This results in believers living in union with Jesus Christ; growing in conformity to His image as the Spirit transforms us from the inside out; being nurtured within a community of disciples who are engaged in that lifelong process; helping others to know and become like Jesus.